CV: Why you are never called for an interview 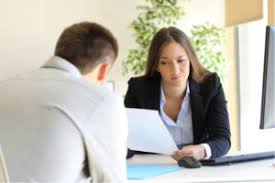 John, a highly skilled business developer with 5 years of experience has been laid off and has been job hunting for the past 5 months. He has submitted his CV to over 50 companies but has never been called to an interview. What is John doing wrong?

John reached out to a friend, Jack, who is an HR personnel at a company. Jack wanted to see if John would fit into a vacant position in his company. He reviewed John’s CV and showed John why he has never been called to an interview. John has been using a CV that failed to crystalize his value proposition. He was of the notion that his CV was nothing more than a chronological listing of prior employments. Here were a few things that could have caused John to not get any interview invites. These few things could also be the cause of your non-invites.

Highlighting only responsibilities without achievements

One of the most common CV mistakes or omissions is a candidate’s failure to demonstrate on-the-job achievements. They only describe their job responsibilities but not why those were important, or how it affected the company. John ought to have stated his achievements as a Business Developer in the previous companies in work instead of just stating his responsibilities. For example; John stated in his CV

“Get business leads for the company” which is part of his duties.

He could have added

“Get business leads for the company that contributed to the 23% increase in revenue for Q3 of the year 2020”.

CV too academic instead of skills-oriented

John in his CV stated academic achievements majorly not highlighting his key skills in totality. Some candidates make this same mistake – they would list the courses they have taken, their GPA, and the honours they received. But they will forget to mention any practical skills or how their academic experiences translate to their chosen field. There is nothing wrong if you have no experience, everyone has to start somewhere. Not all academic CVs are bad but if they are focused only on your student life, it will not get you a job. It has to show your potentials such as your skills, work ethic and the type of person you are going to be as an employee.

Filled with irrelevant or basic skills

“Proficient in MS Word’, “searching the web” are all basic skills people, not even HR personnel, expect you to have. It is a waste of space mentioning them. No recruiter will search these basic skills on your CV.

Recruiters search for technical job-specific keywords like “Graphic Design using Adobe Photoshop,” or “Making Pivot Tables in MS Excel.” Leave off the basic skills, but not the special programs and equipment used in your profession.

As a job seeker, let someone else at least, look at your CV before sending it out. Some recruiters would be put off if they see too many grammatical blunders and misspellings in your CV. How can you prove you pay “attention to details” when your CV says otherwise? While Word Editor and Grammarly can assist you with some errors, they are not foolproof. Have someone else look and read it out loud to you so you detect and make necessary corrections.

Too much unnecessary information

Too much information in your CV can bury important details in your CV. Hardly would any recruiter read a CV cover to cover before they find a striking reason to pick the candidate. Do not pad your CV with irrelevant or outdated details about your career. Let is be focused on the job requirements for the specific post you are submitting it for.

This is easily the main reason you would never be called. Some big companies’ recruiters do not have the time nor energy to sift through thousands of candidates CV. They deploy a machine to do that. What this machine does is that it filters out the CVs that do not contain some keywords enshrined in the job advert. If your CV is badly formatted, the machine will misplace some words and even though you have the skills required, if your CV is poorly formatted, the machine will filter it out and your CV would get lost in the bin.

Some of these CV mistakes may seem simple to you. But since recruiters still complain about them, you can be sure these mistakes are still common. Review your CV today and get that interview invite.

How To Manage A Difficult Co-worker

How To Know When A Company Is Nearing Insolvency

Is HR Really Your Friend?

How To Detect A Toxic Workplace

How To Be Successful At A New Job

How To Manage A Difficult Co-worker

How To Know When A Company Is Nearing Insolvency

Is HR Really Your Friend?